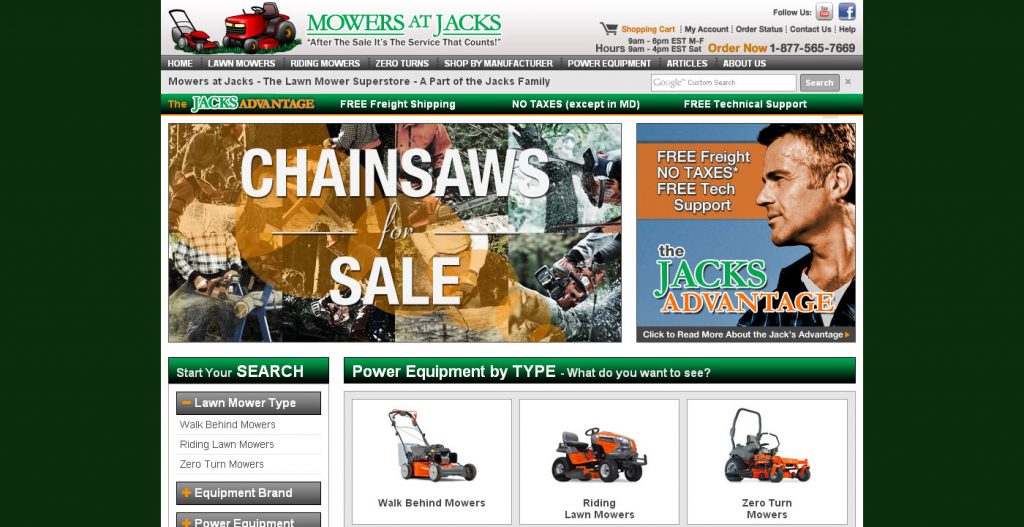 Mowers at Jacks was a site I took the lead on design and front end development. The focus was on creating a site that had strong on-site SEO and made customers feel safe making large ticket item purchases. This site was a major success.

Two sites that I did front end design and development for while I was at Jacks Small Engines were Mowers at Jacks and Snow Blowers at Jacks.

Prior to the these sites going online, Jacks had not really sold equipment online. Occasionally, there would be a random order of a reconditioned chainsaw, but equipment sales was an afterthought. Parts sales was the main business.

Within the first year of these sites being online, the snow blowers site first and next the mowers site, there was close to 1 million dollars in equipment sales online.